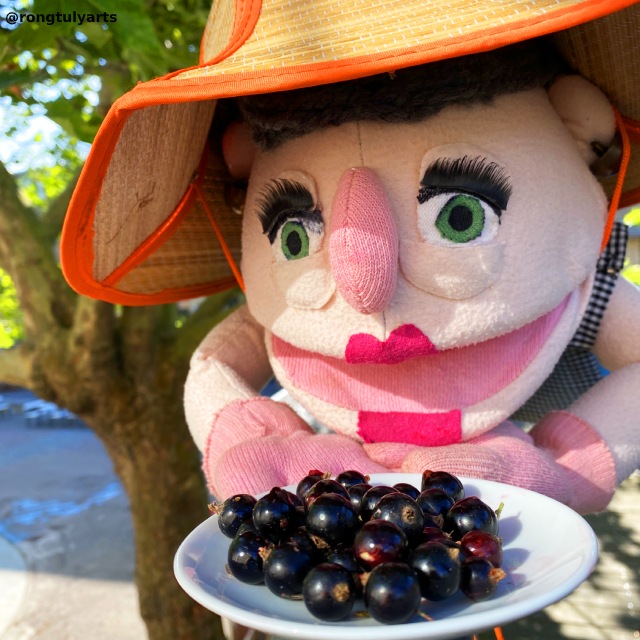 Grandma Sita picked BLACKCURRANT (SOLBÆR) herself from her garden ☀️🇩🇰 Danish summertime couldn’t exist without these delicious berries 😋 What can this little dark berry offer? Blackcurrants may be tiny, but they pack a big nutritional punch.

Blackcurrants like other berries, they are excellent sources of fiber, vitamin C, and antioxidants, especially the flavonoid anthocyanin. While they’ve long been used in traditional medicine, researchers are now finding scientific evidence for the anti-inflammatory, antioxidant, and antimicrobial powers of currants.

Nutrition information for major nutrients of 100g of blackcurrant

All across Denmark there are around 13 farms where you can choose and pick blackcurrants yourself!

Blackcurrants are naturally high in pectin, which makes them a great choice for homemade jams and jellies.

Though they are a fruit, blackcurrants are far more savory than the average berry.  With hints of acid and deep red wine notes, they also pair well with meats for main courses.

Blackcurrant seed oil is an ingredient in cosmetics preparations, often in combination with vitamin E. The leaves can be extracted to yield a yellow dye, and the fruit is a source for a blue or violet dye resulting from its rich content of anthocyanins.

During World War II, most fruits rich in vitamin C, such as oranges, became difficult to obtain in the United Kingdom. Since blackcurrant berries are a rich source of the vitamin, and blackcurrant plants are suitable for growing in the UK climate, the British Government encouraged their cultivation and soon the yield of the nation’s crop increased significantly. From 1942 onwards, blackcurrant syrup was distributed free of charge to children under the age of two. This may have given rise to the lasting popularity of blackcurrant as a flavouring in Britain.