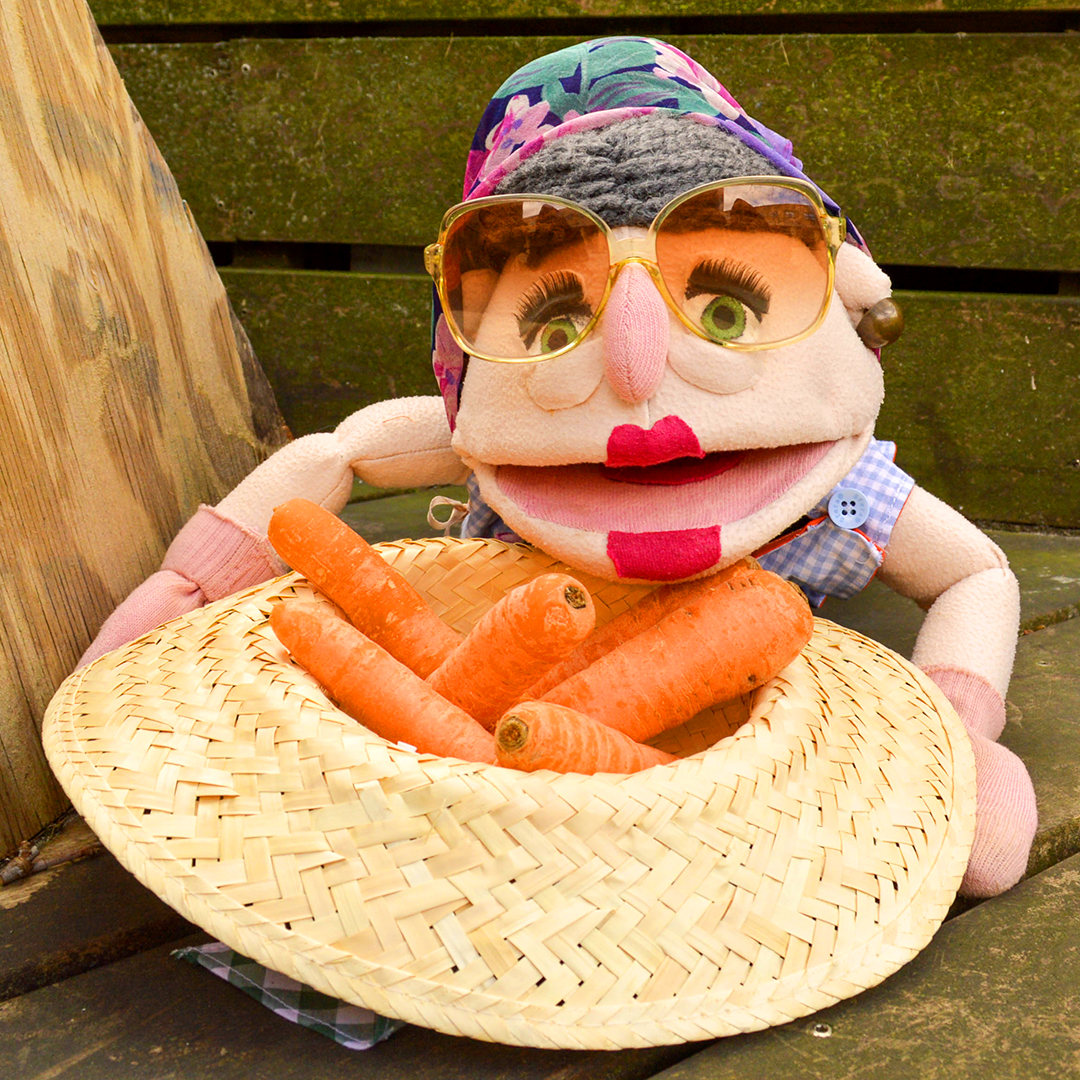 Luckily Grandma Sita can enjoy all-year round delicious CARROT (GULEROD) from Denmark 🇩🇰 Danish grown carrots are in most supermarkets and there are farms, all across the country, where you can choose and pick them yourself 😋

Grandma Sita got some carrots 🥕🥕🥕 from @faellesskabetkbh the community fridge at Folkets Hus, Nørrebro ♻️ together fighting food waste 💚🌏

🤔 Let’s find out what what good things this root vegetable contains? ⬇️

The carrots (Daucus carota subsp. sativus) are a domesticated form of the wild carrot, Daucus carota, native to Europe and Southwestern Asia. The plant probably originated in Persia and was originally cultivated for its leaves and seeds. The most commonly eaten part of the plant is the taproot, although the stems and leaves are also eaten. The domestic carrot has been selectively bred for its greatly enlarged, more palatable, less woody-textured taproot. Source: wikipedia

Orange carrots get their bright color from beta carotene, an antioxidant that your body converts into vitamin A. They are also a good source of several B vitamins, as well as vitamin K and potassium. Highly excessive consumption over a period of time can result in carotenemia, a yellow-orange discoloration of the skin caused by a build up of carotenoids.

Nutrition information for major nutrients of 100g of carrots

The carrot is a biennial plant in the umbellifer family, Apiaceae. At first, it grows a rosette of leaves while building up the enlarged taproot. Fast-growing cultivars mature within three months (90 days) of sowing the seed, while slower-maturing cultivars need a month longer (120 days). The roots contain high quantities of alpha- and beta-carotene, and are a good source of vitamin K and vitamin B6.

Carrot cultivars can be grouped into two broad classes, eastern carrots and western carrots. A number of novelty cultivars have been bred for particular characteristics.

Carrots are cultivated in many local farms and gardens in Denmark! To find your nearby one where you can choose and pick carrots by yourself, please click below:

Carrots can be eaten in a variety of ways. Only 3 percent of the β-carotene in raw carrots is released during digestion: this can be improved to 39% by pulping, cooking and adding cooking oil. Alternatively they may be chopped and boiled, fried or steamed, and cooked in soups and stews, as well as baby and pet foods. A well-known dish is carrots julienne. Together with onion and celery, carrots are one of the primary vegetables used in a mirepoix to make various broths.

Since the late 1980s, baby carrots or mini-carrots (carrots that have been peeled and cut into uniform cylinders) have been a popular ready-to-eat snack food available in many supermarkets.

Carrots are puréed and used as baby food, dehydrated to make chips, flakes, and powder, and thinly sliced and deep-fried, like potato chips. The sweetness of carrots allows the vegetable to be used in some fruit-like roles. Grated carrots are used in carrot cakes, as well as carrot puddings, an English dish thought to have originated in the early 19th century.

The carrot is a root vegetable, usually orange in color, though purple, black, red, white, and yellow cultivars exist.