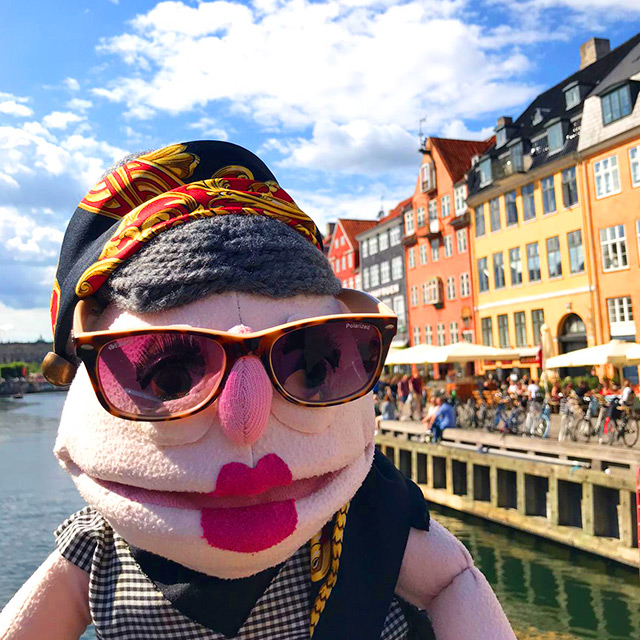 You guessed right! Grandma Sita and her grandchild Nena are in Denmark. They are enjoying the view over Nyhavn in Copenhagen and ready to share their discoveries with you!

Nyhavn (New Harbor) is a 17th-century waterfront, canal and entertainment district in Copenhagen, Denmark. Stretching from Kongens Nytorv to the harbour front just south of the Royal Playhouse, it is lined by brightly coloured 17th and early 18th century townhouses and bars, cafes and restaurants. The northern side of Nyhavn is lined by brightly coloured townhouses built with wood, bricks, and plaster. The oldest house, at No. 9, dates from 1681.The southern side of Nyhavn has lavish mansions lining the canal, including Charlottenborg Palace at the corner of Kongens Nytorv.

The famous Danish fairytale writer, Hans Christian Andersen, used to live in no. 20. This is where he wrote the fairy-tales ‘The Tinderbox’, ‘Little Claus and Big Claus’, and ‘The Princess and the Pea’. He also lived twenty years in no. 67 and two years in no. 18. / Source: wikipedia.org

ONCE UPON A TIME IN PRAGUE, CZECH REPUBLIC
The little Mermaid of Copenhagen, Denmark