ONCE UPON A TIME IN PRAGUE, CZECH REPUBLIC 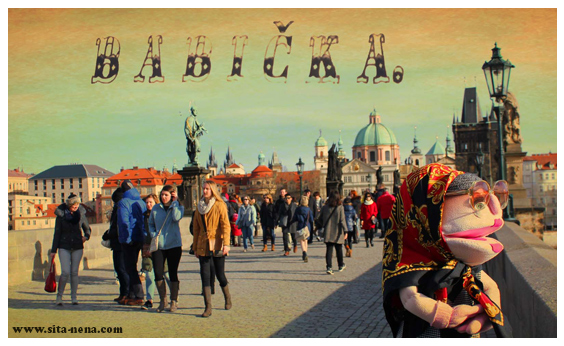 Once upon a time Babička Sita👵 at Charles Bridge… Could be the beginning of a fairy-tale, all you need is in Prague😍 pretty castle on top, stone bridge decorated by statues and even an astronomical clock with legend. Visit Czech Republic 🙌 By the way, the word babička means grandmother in Czech language 😉

According to the Guinness Book of Records, Prague Castle is the largest ancient castle in the world. Prague Castle includes Gothic St Vitus Cathedral, Romanesque Basilica of St. George, a monastery and several palaces, gardens and defense towers. Most of the castle areas are open to tourists. | Source: wikipedia