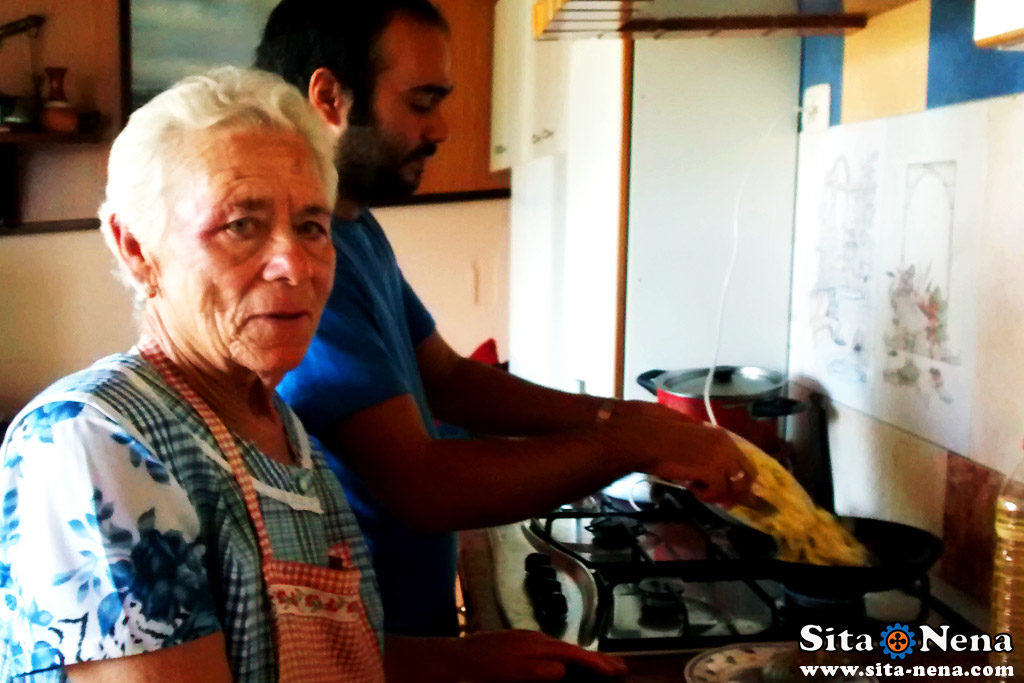 Spanish omelette is the English name for a typical Spanish dish called tortilla de patatas, tortilla española or tortilla de papas, consisting of an omelette made with eggs and potato, fried in oil. It is part of the cuisine of Spain. | wikipedia.org

In Galicia, churrasco refers almost exclusively to grilled pork or beef spare-ribs. Galicians who emigrated to America in the 20th century took with them the recipe for churrasco. Nowadays, many Galicians of all social classes prepare a churrascada. | wikipedia.org

Follow Borja into his Grandma María’s kitchen where he learns step by step the recipe of this delicious chorizo pepper Spanish omelette. Long live home cooking!

BASICS
4 large potatoes or 6 small potatoes
6 eggs
A quarter of white onion (medium size)
Salt, to taste
Vegetable oil, for frying
Note by Borja: At home we use sunflower oil.
OPTIONAL
Note by Borja: Spanish omelette with chorizo and red pepper is our classic family way to cook it.
1 red bell pepper (optional)
Half of Spanish chorizo sweet or spicy, to taste (optional)
Note by Borja: We use homemade Galician chorizo, usually sweet. Any chorizo sweet or spicy from Spain is a great choice. For veggie or vegan recipe, Calabizo (Galician 100% veggie chorizo) is really tasty. It´s made with pumpkin. For more information  calabizo.com

1. Peel and chop potatoes and onion. Mix potatoes and onion in a bowl, season to taste.
2. Wash red pepper well and cut it into cubes. Cut chorizo into cubes or slices.
3. Heat a generous amount of veggie oil in a big saucepan, wait to fry until the oil is hot. 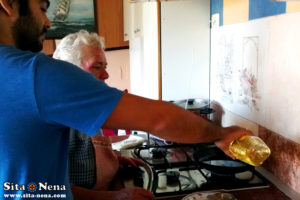 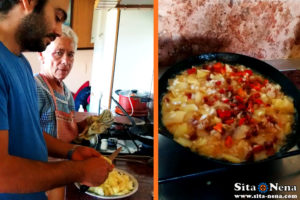 Note by Borja: Before frying, we usually divide the amount of potatoes, onions, peppers and chorizo in two. Always depending on the size of your frying saucepan.
5. Fry all ingredients together until the potatoes are soft. 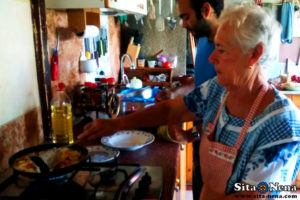 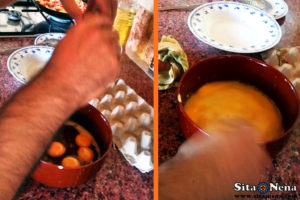 7. Remove with a skimmer the mixture of fried potatoes, onion, red pepper and chorizo from the saucepan and put into beated eggs bowl. Mix everything together. 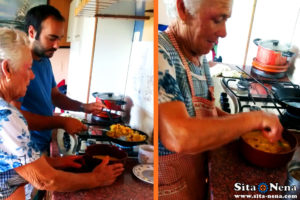 8. Heat a little bit of olive oil in a saucepan, wait until is hot.
Note by Borja: The key to turning the tortilla successfully is a nonstick pan.
9. Pour the mixture into the hot saucepan, wait for few minutes and go around with the lid of the saucepan. Turn again if necessary, until the tortilla is done well. 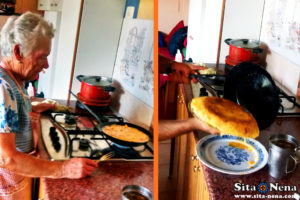 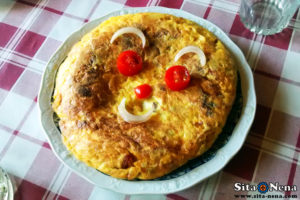 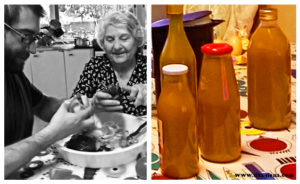 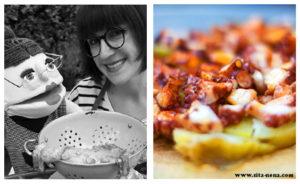 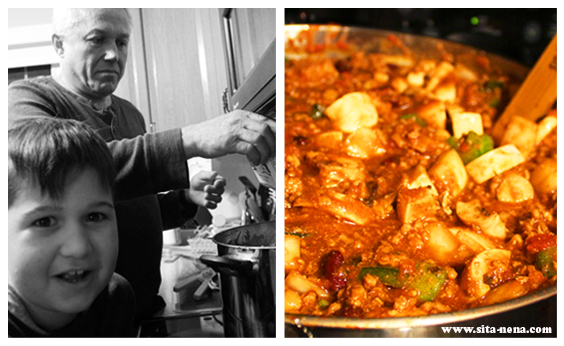 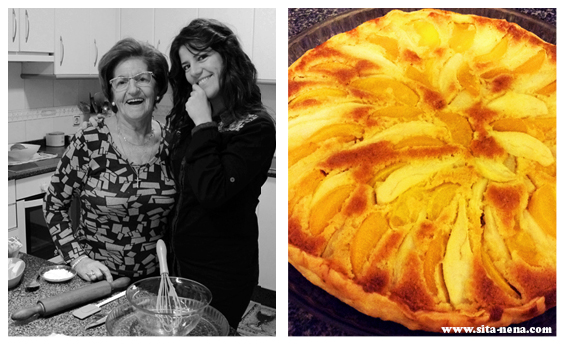 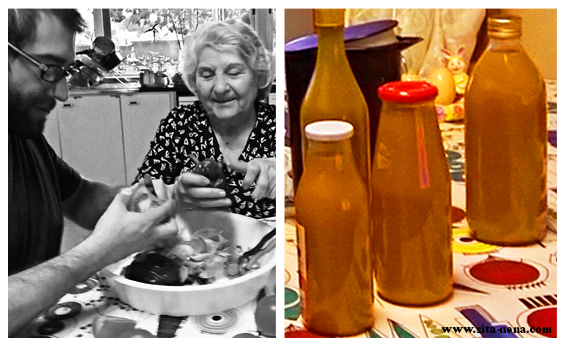 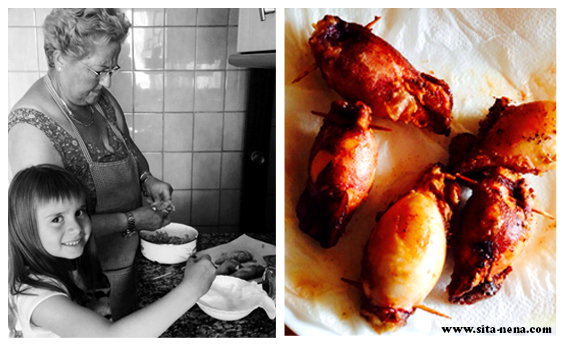