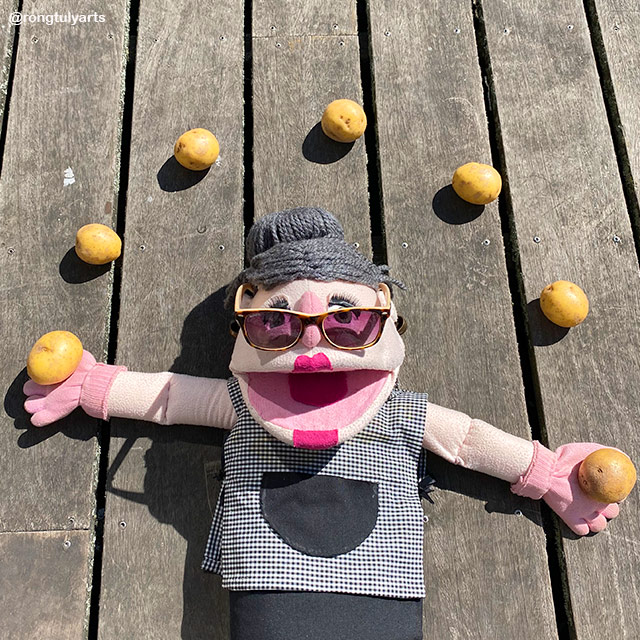 Mashed, baked, roasted, French-fried, boiled or steamed POTATOES (KARTOFFLER in Danish) this allround talent is probably the most famous and widely used ingredient in the world. Let’s get to know this all year round vegetable!

Potatoes are a root vegetable native to the Andes Mountains of Peru and Bolivia, which is a starchy tuber of the plant Solanum tuberosum.
// Source: Wikipedia

Aside from being high in water (79%) when fresh, potatoes are primarily composed of carbohydrates (88% is starch) and contain moderate amounts of protein (2%) and fiber but almost no fat. Cooked potatoes with skin are a good source of many vitamins and minerals, such as potassium and vitamin C.

Nutrition information for major nutrients of 100g of potatoes

There are close to 4000 varieties of potato including common commercial varieties. Around 80 varieties are commercially available in the northern Europe. In general, varieties are categorized into a few main groups based on common characteristics, such as:

But what if my potatos turn green??

Exposure to light, physical damage, and age causes greening from chlorophyll synthesis which possibly indicates and increase glycoalkaloids (a toxic compound) content within the tuber. Cooking at high temperatures — over 170 °C — partly destroys these compounds (but also many Vitamins). Glycoalkaloid poisoning may cause headaches, diarrhea and cramps. Poisoning from cultivated potato varieties is very rare.

” If potatoes develop green areas or start to sprout, trimming or peeling those green-colored parts is NOT ENOUGH to remove toxins, and such potatoes are no longer edible.“

PRO TIP: Instead, you can use these green, sprouted potatoes as a ‘seed potato’ to grow a new plant and lots more new potatoes 🙂

Potatoes are generally grown from seed potatoes, tubers specifically grown to be free from disease and to provide consistent and healthy plants. Potatoes grow best in cool, well-drained, loose soil. Choose a location that gets full sun—at least 6 hours of sunlight each day.

All across Denmark there are around 10 farms where you can choose and pick potatoes yourself!!

The potato is rarely eaten raw because raw potato starch is poorly digested by humans. So boil your kartoffler!

Most potato dishes are served hot like mashed potatoes, which are first boiled (usually peeled), and then mashed with milk or yogurt and butter; whole baked potatoes; boiled or steamed potatoes; French-fried potatoes or chips; cut into cubes and roasted; scalloped, diced, or sliced and fried (home fries); grated into small thin strips and fried (hash browns); grated and formed into dumplings, Rösti or potato pancakes.

Alternatively, you can first cook them, let them cool down and serve them cold, in potato salad and potato chips (crisps).

Under optimum conditions in commercial warehouses, potatoes can be stored for up to 10–12 months. When stored in homes unrefrigerated, the shelf life is usually a few weeks.

The earliest archaeologically verified potato tuber remains have been found at the coastal site of Ancon (central Peru), dating to 2500 BC. Potatoes are also used for purposes other than eating by humans, for example:

Nutrients: What They Are and Why You Need Them
Cherry (KIRSEBÆR) // SEASON: SUMMER ☀️ & AUTUMN 🍂