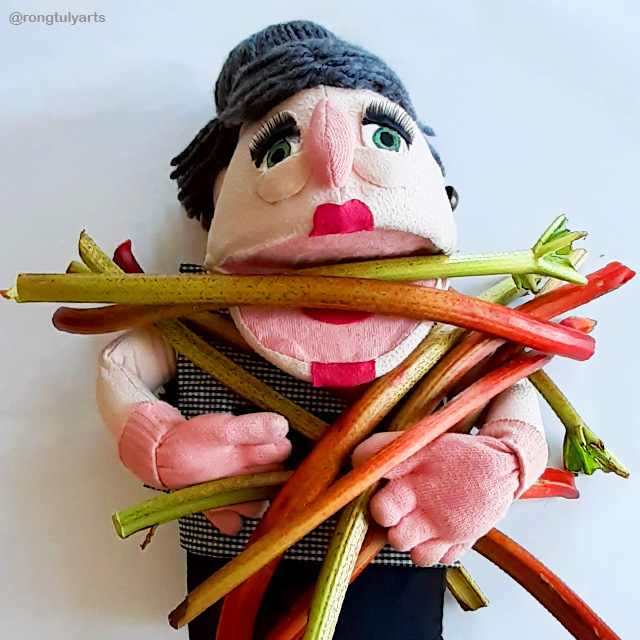 Grandma Sita is in love with RHUBARD (RABARBER in Danish) which is renowned for its sour taste and thick, pink/red/greenish stalks 😍  The consistency is simmilar to celery stalks, but is it a fruit or a veggie?? Let’s get to know this seasonal food from Denmark!

Rhubarb is a vegetable derived from cultivated plants in the genus Rheum in the family Polygonaceae. // Source: Wikipedia

Rhubarb can be a delicious addition to both sweet and savory dishes. Rhubarb has a low calorie content. However, it is a very good source of vitamin K1 and like other fruits and vegetables, it’s also high in fiber, providing similar amounts as oranges, apples, or celery. The fiber in rhubarbs may also offer certain health benefits, for example, decrease the risk of cardiovascular diseases, boost heart health by helping the body to maintain healthy cholesterol levels and to regulate food ingestion, digestion, absorption etc.

Nutrition information for major nutrients of 100g of rhubarb

Rhubarb requires cold winters to grow. As a result, it’s mainly found in mountainous and temperate regions around the world, especially in Northeast Asia. It’s also a common garden plant in North America and Northern Europe, like Denmark.

From April onwards one can find fresh, Danish grown rhubarb in most supermarkets and all across Denmark there are  farms where you can choose and pick blackcurrants yourself!

Due to its sour taste, it’s rarely eaten raw. Instead, it’s normally cooked — either sweetened with sugar or used as an ingredient.

It wasn’t until the 18th century, when sugar became cheap and readily available, that rhubarb became a popular food. Before that, it was mainly used medicinally. In fact, its dried roots have been utilized in traditional Chinese medicine for thousands of years.

Only the stalks are eaten, commonly it is stewed with sugar for jams or used in pies and desserts, but it can also be put into savoury dishes or pickled. Rhubarb can also be dehydrated and infused with fruit juice.

The most popular accompanying spice to use is ginger, although cinnamon and nutmeg are also popular additions.