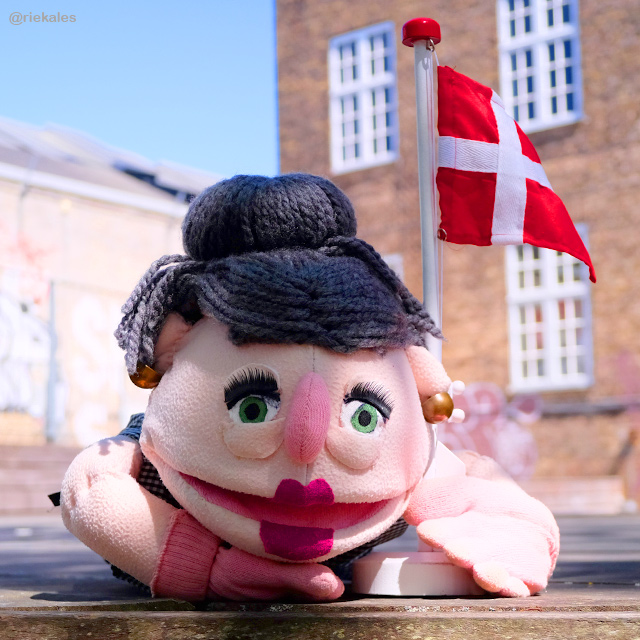 The weather in Denmark consists of 4 seasons, even though some may think it is only 2 sometimes with winter running late into Springtime and Summer can sometimes feel like winter has come early.

❄️ When veggies and fruits do not usually grow in colder climates like in Denmark, finding locally grown produce to nourish you in winter can be downright challenging. But there also plenty of edibles that you can plant in wintertime, including garlic, leeks, onions, radishes, lettuce, peas, potatoes, chard, spinach, rhubarb, and other leafy greens such as kale. If you have already planted these delicious treats, then you can harvest them straight through winter. After our research, in Northern Europe you can find these veggies and nuts grown locally: Chicory, kale, Brussel sprouts, black salsify, lamb’s lettuce, walnuts, hazelnuts, Spanish chestnuts.

🌼 Winter fruits and vegetables are delicious, but there is just something about the warmer weather and seeing the fresh, bright colors growing in early springtime. The sun is shining, the birds are singing. What does it mean? It means it is springtime, so it is time to start planting gardens and fresh fruits and vegetables! It might be a good idea to start with veggies like asparagus, spinach and rhubarb, as they should flourish the best around this time.

☀️ Ah, summer! The sun beats down, the kids are finally out of school, the days are longer, and the nights are shorter. And there are a ton of fresh summer fruits and vegetables available at the grocery store and in farmer’s markets! This season is really amazing as it provides such a big variety of fruits and vegetables you can grow in your own garden! Starting from eggplant, cucumber, leeks and fruits like apricots and plums, ending to different kind of greens and berries. We love this season with its amazing colors in food and in nature!

🍂 This season is definitely the most colorful seasons of them all- the veggies and fruits are ripening; the mushrooms are waiting in the forest and the juiciest berries are ready to be picked up. In autumn, your garden, as well as your local farmers market, overflows with fabulous, fresh produce. This is the best time to buy veggies like cauliflower, broccoli, spinach, tomatoes, fresh lettuce or kale for salad or snack on elderberries. The variety is huge, so this is the best time to experiment and try out different recipes from the local produce.

❄️🌼☀️🍂 A season is a division of the year marked by changes in weather, ecology, and the amount of daylight. On Earth, seasons are the result of Earth’s orbit around the Sun and Earth’s axial tilt relative to the ecliptic plane. In temperate and polar regions, the seasons are marked by changes in the intensity of sunlight that reaches the Earth’s surface, variations of which may cause animals to undergo hibernation or to migrate, and plants to be dormant. Various cultures define the number and nature of seasons based on regional variations.
The Northern Hemisphere experiences more direct sunlight during May, June, and July, as the hemisphere faces the Sun. The same is true of the Southern Hemisphere in November, December, and January. It is Earth’s axial tilt that causes the Sun to be higher in the sky during the summer months, which increases the solar flux. However, due to seasonal lag, June, July, and August are the warmest months in the Northern Hemisphere while December, January, and February are the warmest months in the Southern Hemisphere.

Nutrients: What They Are and Why You Need Them