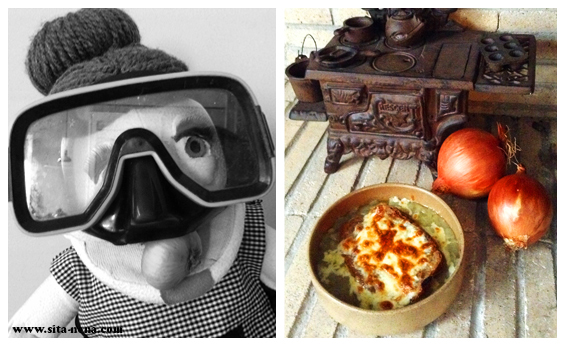 Recipes + design by Sita & Nena. Grandma Sita and Nena intergenerational cuisine, possibly one of the best gastro fusion, always tasty made at home with love. Simply irresistible! CUPTAPA is a tapa (lid, literally in English) designed to fill in a small aluminum or silicone cup…
Uncategorized
-
by sita-nena
-
0 Comments 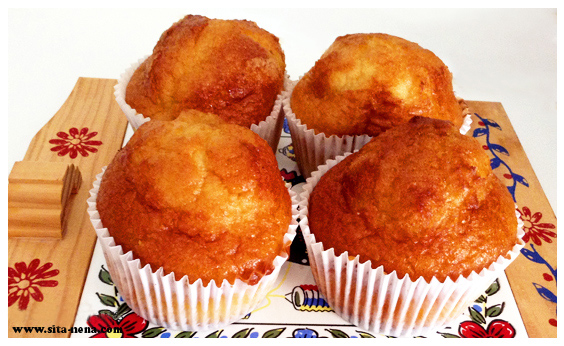 Our note: following the cups method for measurement units, we discovered that the volume of the cup is always the key, you don´t have to weigh the ingredients. A cup has the same volume of ingredients (liquid or dry) as a glass or a mug. 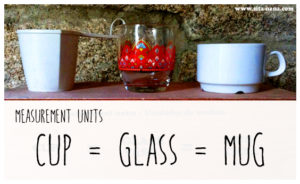 1. Preheat the oven to 180 º C. Grease the white cupcake papers.
Our note: We put 2 white cupcake papers for each madeleine, just to be sure that it is going to bake them well. You can use cupcake silicone molds intead of white cupcake papers, up to you.
2. In a large bowl beat the eggs. Add the sugar and the lemon zest continue mixing until dissolved.
3. Add milk, sifted flour, baking powder, baking soda and a pinch of salt. Mix it all well until just combined.
Our note: we always sift the flour for muffins and cakes. Sifting helps to combine the flour with any dry ingredients.
4. Last, add the olive oil and stir it slowly until get a batter smoothand uniform, do not overmix.
Our note: Overmixing will cause the muffins to be tough.
5. Place the individual paper cups on a baking sheet, fill them with batter almost to the top of the paper cups. Sprinkle sugar on the top of each madeleine.
6. Bake in the middle of the oven for 15-20 minutes until golden on top.
7. Remove from the oven. Let it cold a bit and… Enjoy tasty lemon olive oil muffins.

Our note:  Keep muffins at room temperature in plastic bags. Muffins can be frozen for up to two months.

The madeleine is a traditional small cake from France and Spain. The French madeleines take different shapes, while the Spanish madeleines are similar to muffins. Uncertain origin: 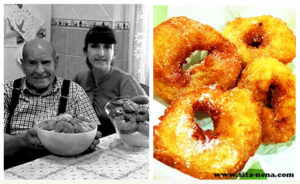 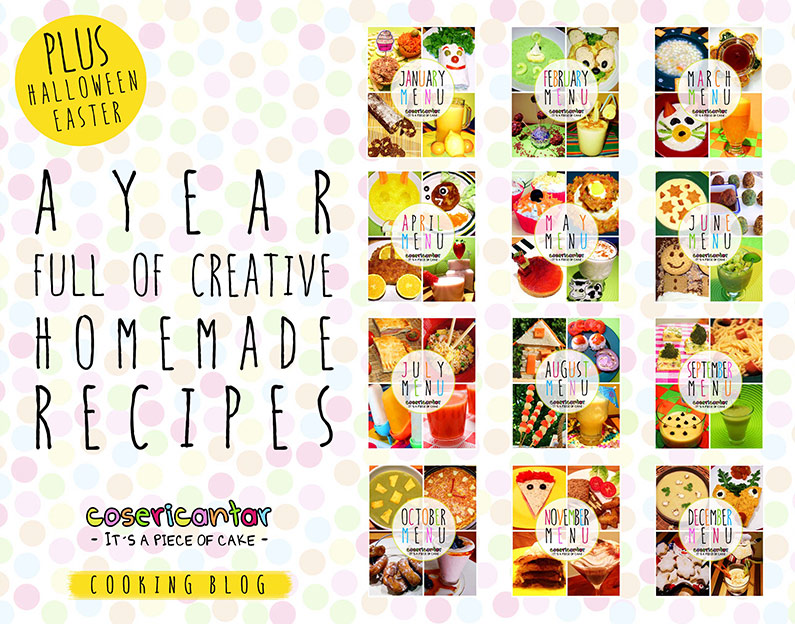 WE CELEBRATE... A new year full of creative homemade vegan friendly recipes! Cosericantar cooking blog provides a funky, healthy menu (starter, main course, dessert and drink) for each month during a year. Came on! Check out YUMMY CALENDAR and get your little foodies involved in cooking at least…
Uncategorized
-
by sita-nena
-
0 Comments 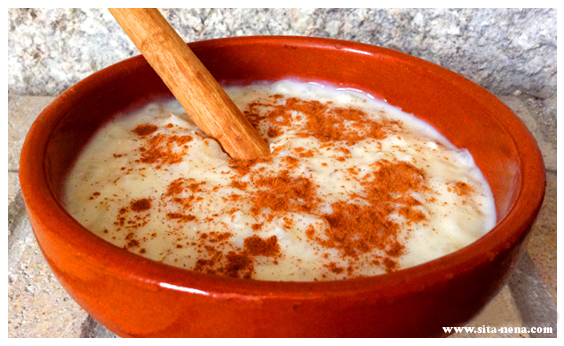 1. Put the milk, cinnamon slick and lemon rind in a saucepan and warm gently.
Our note: Wash and rub well the rice under the tap.
2. Wait until the mix liquid begin to boil and add the rice. Leave it to simmer, as slowly as you can, during one hour in total. Be sure to stir occasionally.
3. After 30 minutes, add the sugar. Stir often the rice with a wooden spoon to prevent sticking on the bottom of the saucepan. Then, the rice with sugar will take about 25-35 minutes.
Our note: Try it before removing it, the grain should be well tender.
4. Remove the lemon peel and cinnamon sticks. Pour it into small bowls or big bowl and let rest a little.
5. Serve cold or at ambient temperature. Sprinkle cinnamon powder on top, to taste.

Our note:  You can pour liquid caramel on the top instead of sprinkling cinnamon powder.

First used in English in the middle of the 13th century, the word “rice” derives from the Old French ris, which comes from the Italian riso, in turn from the Latin orȳza, which derives from the Greek ὄρυζα (oruza). The Greek word is the source of all European words (compare Welsh reis, German Reis, Lithuanian ryžiai, Serbo-Croatian riža, Polish ryż, Dutch rijst, Hungarian rizs, Romanian orez, Spanish arroz). | wikipedia.org

“Arroz con leche” (rice with milk) is the Spanish and Hispanic American type of rice pudding. Rice pudding is a dish made from rice mixed with water or milk and other ingredients such as cinnamon and raisins. Variants are used for either desserts or dinners. When used as a dessert, it is commonly combined with a sweetener. Rice puddings are found in nearly every area of the world. Recipes can greatly vary even within a single country. The dessert can be boiled or baked. Different types of pudding vary depending on preparation methods and the selected ingredients. The following ingredients are usually found in rice puddings: 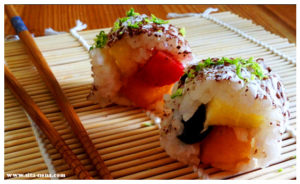 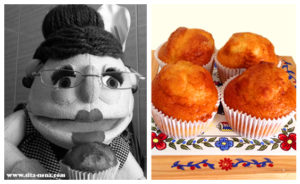 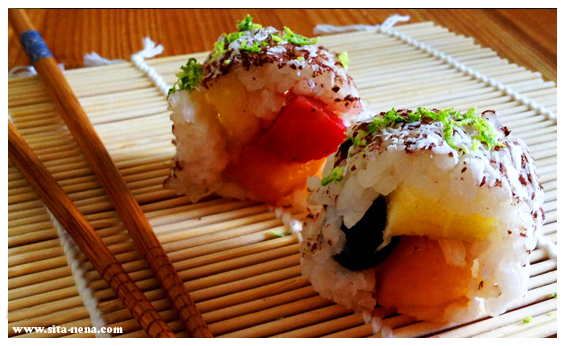 Recipe + design by Sita & Nena   FRUSHI: FRUIT SUSHI + RICE PUDDING  Our note:  Here is the frushi, one of our creations by cooking a traditional recipe: rice pudding and adding something new: fruit sushi. Grandma Sita and Nena intergenerational cuisine, possibly one of the best gastro fusion,…
Uncategorized
-
by sita-nena
-
0 Comments