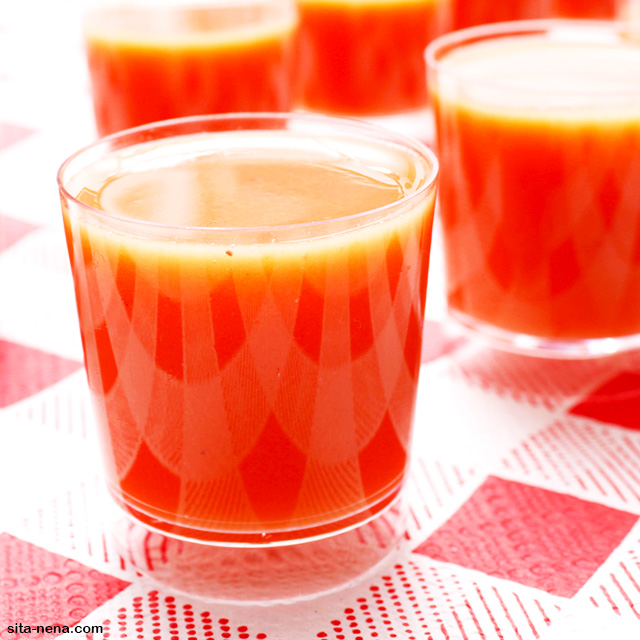 🍉🥖 WATERMELON GAZPACHO, one of our delicious plant-based creations by cooking gazpacho, a veggie cold soup, adding something new, watermelon and it even helps you to run out of leftover bread. Grandma Sita’s sustainable cuisine is always tasty cooked from scratch with love 💚

1. Cut the stale bread into thick slices. Put into a bowl. Cover with water and wait for a while. Strain the soaked bread and put it all into a jug.
2. Wash the vegetables well. Peel the tomatoes and chop them into cubes. Chop the cucumber, onion, tomatoes and bell pepper into cubes. Add the chopped veggies to the jug.
3. Chop the watermelon into cubes, and carefully take out the seeds. Put into the jug as well. Mix all well with a blender.
4. Add ¼ cup extra virgin olive oil and generous tablespoons vinegar, to taste. Add and ground black pepper, to taste. Mix it with the blender until it forms a fine pulp texture.
5. Cover the jug with cling film and put it in the fridge for a while. The gazpacho has to be cold to serve.