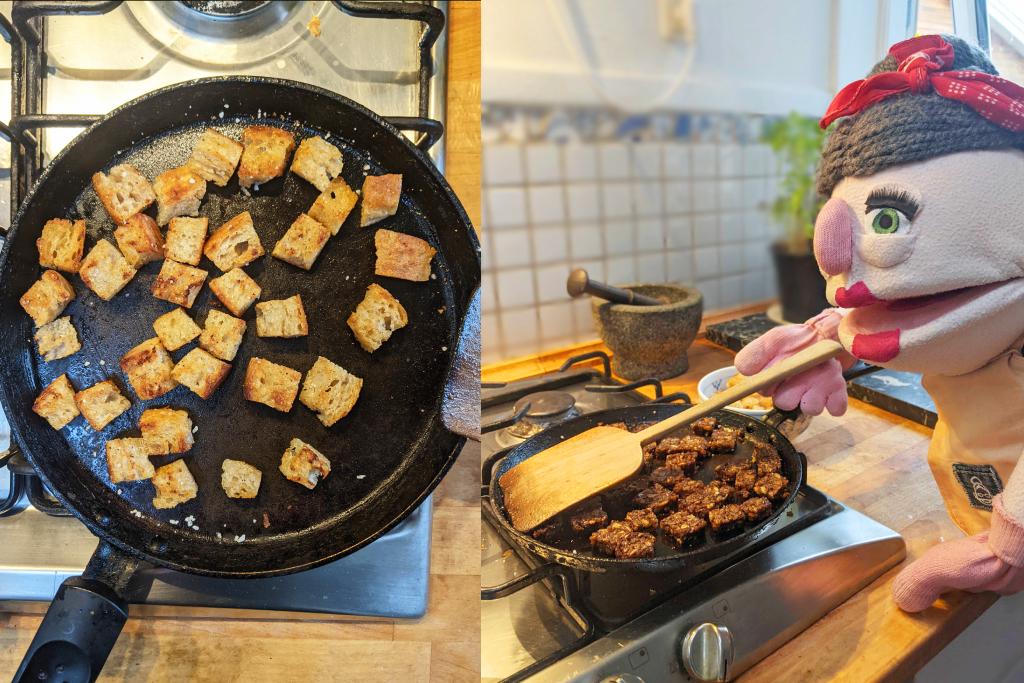 👩‍🍳 How to make homemade croutons? You just need leftover bread, olive oil, salt and black. Seasonings are totally up to you. Cut the bread into cubes and toss them in a bit of oil adding salt and peppers. Just fried them in a pan or bake them in the oven until brown.

✅ Croutons are often seen in the shape of small cubes, but they can be of any size and shape, up to a very large slice.

🧊 Once dried out, you can store croutons in the freezer.

🛒 Grandma Sita got some bread from TooGoodToGo – and ready, set, cook!

📢 Research shows that for every loaf of bread eaten, half a loaf is thrown away. Some estimates put the global amount of bread waste at 900,000 tons annually or approximately 24 million slices every day… 🥖🍞🗑️ / Source: bakeryandsnacks.com

The word crouton is derived from the French croûton, itself a diminutive of croûte, meaning “crust”. Croutons are often seen in the shape of small cubes, but they can be of any size and shape, up to a very large slice. Historically, however, a croûte was a slice of a baguette lightly brushed with oil or clarified butter and baked. / Source: Wikipedia.