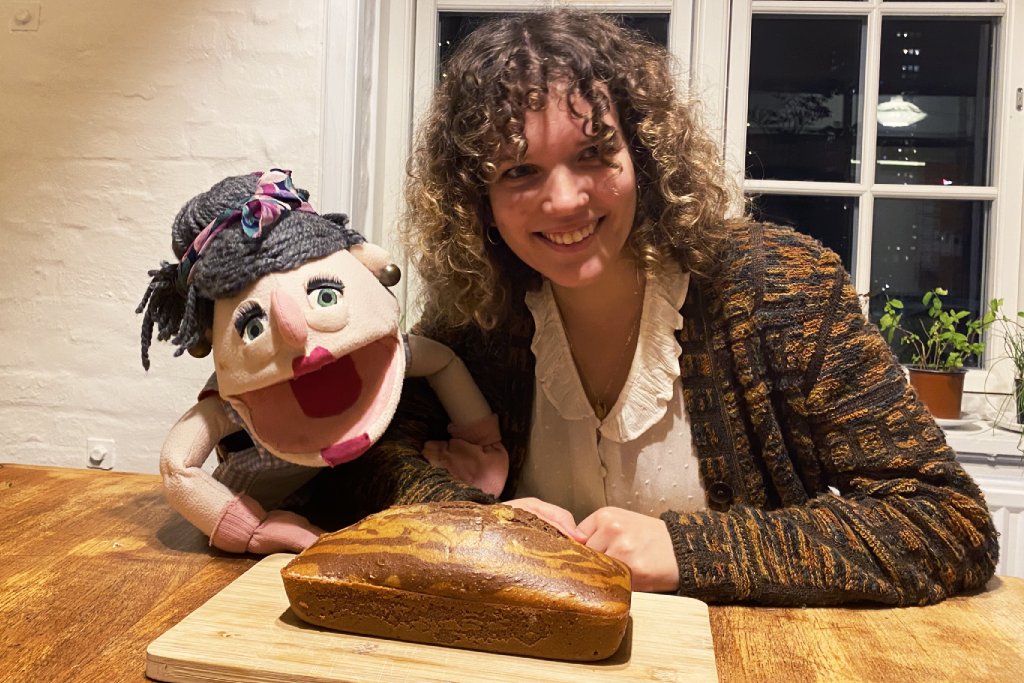 🌱🍫🍰🇫🇷 Grandma Sita learns with Eléa how to bake delicious French-style chocolate vanilla cake.  This yummy plant-based recipe is inspired by the popular “Gâteau marbré” which is a great classic of French home cooking. It’s very simple to make, flavorful, and with a funky look.

🧓🏻🤎 Grandma Sita’s tip: First combine all ingredients except chocolate for a classic cake. Then you have to divide the dough into two parts roughly the same volume each. Then melted chocolate is added in one portion and vanilla in the other one. Finally, fill the greased and floured mold alternating vanilla batter and chocolate batter. You’ll love to discover how will the swirls turn out.

➡️ This cake is one of the French kids’ favorites. You’ll never know which design to expect before cutting the first peace. Depending on how it was made and how it came out while baking. Very often it’s a WOW effect!

1. Preheat the oven to 170C, without the fan.
2. In a large bowl, combine the soy drink, vinegar, and sugar.
3. In another bowl, sift the flour and baking powder and mix this in the previous bowl, with a whisk, without stirring too much.
4. Add the oil and salt and mix gently.
5. Split the batter in two. In the first half, add the vanilla. In the other half, add the cocoa powder and optionally the rum.
6. Pour the batter into a loaf pan, alternating between the vanilla batter and the chocolate one.
7. After 10 minutes of baking, make a cut on the cake. Bake for 30 to 35 minutes more (so 40 to 45 minutes in total). Et voilà!

The earliest version of marble cake consisted of a kugelhopf (sweet yeast bread), one half of which was colored with molasses and spices to achieve a dark-colored batter. Bakers next began to do the same thing with sponge cake batter. The usage of chocolate in the Rhein-Ruhr area in the twentieth century has now made this a common version of marble cake across Germany and Austria.

Aquafaba, the starchy liquid that chickpeas have been cooked in // Plant-based baking tip from Grandma Sita
Plant-based Basque-style vegetable soup (Porrusalda-inspired) // A grandchild in my kitchen