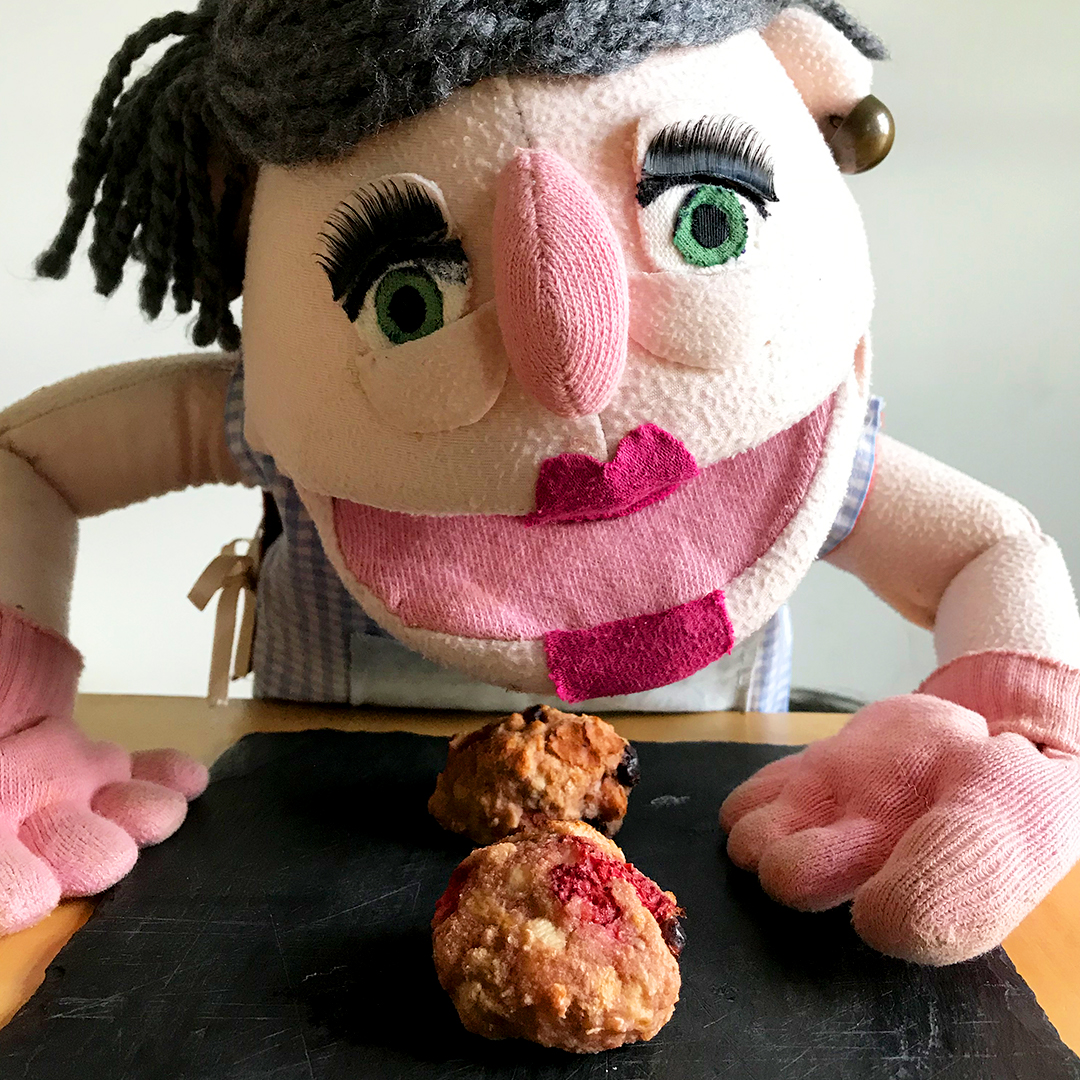 🍞🍪 Grandma Sita’s breakies is a plant-based recipe fun to do with kids, and it even helps you to run out of leftover bread and brown bananas. Win-win!

♻️🚜 Grandma Sita’s breakies depend on seasonal fruit, that’s why there are lots of tasty combinations and you can enjoy them any time of the year. Grandma Sita’s sustainable cuisine is always tasty cooked from scratch with love 💚

🍌  Did you know that brown (overripe) bananas are a fantastic ingredient?  Grandma Sita has put together her best plant-based recipe ideas for you to try. Check out here

Note: following the cup method for measurement units, we discovered that the volume of the cup is always the key, you don´t have to weigh the ingredients. A cup has the same volume of ingredients (liquid or dry) as a glass or a mug.

1. Preheat the oven to 180 º C. Line a baking tray with baking paper.
2. Cut the bread by hand into small chunks.
3. Cut the bananas into pieces and smash the pieces of banana with a fork until creamy texture.
4. Combine all ingredients in a bowl: chunks of bread, smashed bananas, blueberries, raisins, dark chocolate chips, a generous drizzle of honey and a splash of oat drink until well mixed. Add more oat drink as necessary or until the mixture is a bit sticky to touch.
5. Roll the mixture between your palms to form balls, the size is up to you.
6. Carefully place the balls onto the baking tray. Bake the breakies, until golden-brown, for around 10-15 minutes oven to high temperature (approx. 200-220 º C).
7. Remove the baking tray from the oven. Let them cool on a rack for a while. Move them onto a ceramic dessert plate. Bon appetite!

🍞 Bread is a staple food prepared from a dough of flour and water, usually by baking. Throughout recorded history, it has been a prominent food in large parts of the world. It is one of the oldest man-made foods, having been of significant importance since the dawn of agriculture, and plays an essential role in both religious rituals and secular culture. Bread is one of the oldest prepared foods. Evidence from 30,000 years ago in Europe and Australia revealed starch residue on rocks used for pounding plants. / Source: Wikipedia

🍪 Cookie-like hard wafers have existed for as long as baking is documented, in part because they deal with travel very well, but they were usually not sweet enough to be considered cookies by modern standards. Cookies appear to have their origins in 7th century AD Persia, shortly after the use of sugar became relatively common in the region. They spread to Europe through the Muslim conquest of Spain. By the 14th century, they were common in all levels of society throughout Europe, from royal cuisine to street vendors. / Source: Wikipedia