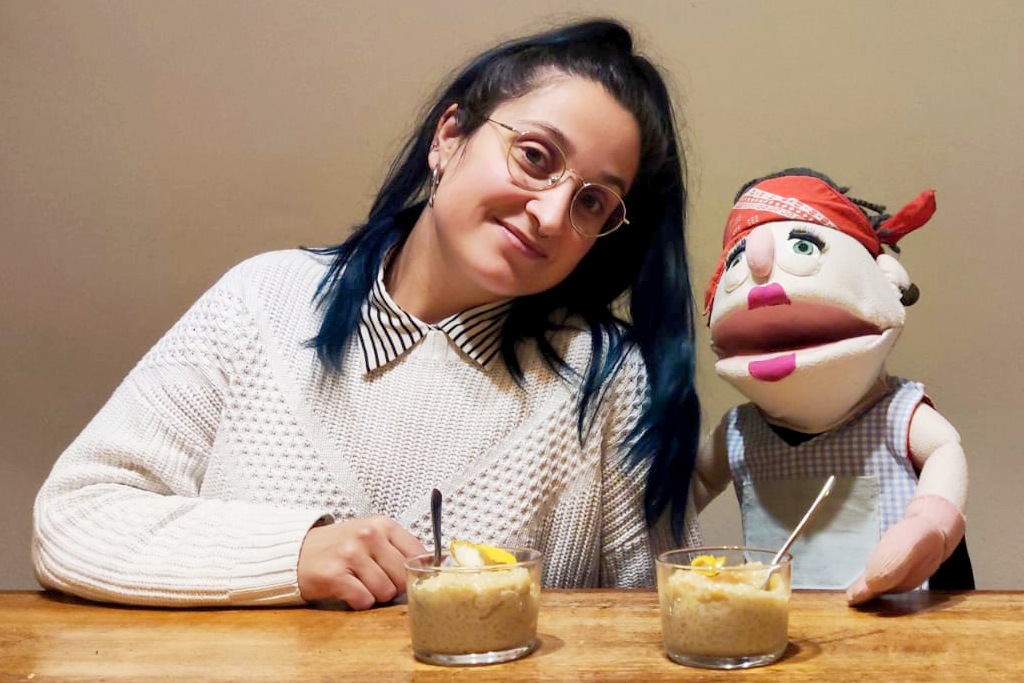 🌱🍚🥛🇪🇸 Grandma Sita learns with Celia how to make delicious Asturian-style rice pudding. This yummy plant-based recipe is inspired by the popular “arroz con leche“, literally translates to rice with milk) which is a classic dessert originally from Asturias in northwest Spain and is a common dessert that is enjoyed throughout all of Spain.

😋 You can change the recipe according to your taste, so have fun experimenting, but don’t forget to cook up some complementary plant-based food like salad.This “arroz con leche“ recipe lends itself well to adaptation. You can also substitute whole milk is traditionally used, for veggie drinks like Barista Edition oat drink or full-fat coconut milk, to get the creamy texture. You can enjoy “arroz con leche” hot or cold, however, in Spain, it is most often served chilled for dessert.

🧓🏻🤍 Grandma Sita’s tip: Make it slow, don’t be in a rush. Add the milk little by little and stir, stir, stir! This will make it super creamy.

➡️  Almost every Spanish family has its own recipe for “Arroz con leche“. Bomba rice is the main ingredient and the same kind of rice as paella rice, short-grained rice that absorbs a lot of liquid, of course, is the rice used for “arroz con leche” in Spain.

1. Wash and rub well the rice under the tap.
2. Heat the oat drink in a pot and add washed rice, cinnamon stick, 1/2 vanilla pod, and 1/2 lemon peel.
3. Leave it on low heat for 45 minutes while stirring from time to time.
4. Once 45 minutes are gone, add brown sugar to the pot and leave it (on low heat) for another 15 minutes while stirring from time to time.
5. Turn off the heat and let stand for a while before serving with cinnamon powder topping in individual bowls or on a big platter.
6. Let it cool to room temperature or put it in the fridge, to taste and Bon appetite!

Rice puddings are found throughout the world and many people think they may have originated in Asia. In Spain, the Moors brought rice and cinnamon to the Iberian Peninsula. Many Latin American countries also make versions of “arroz con leche“, often using sweet condensed milk instead of whole milk.