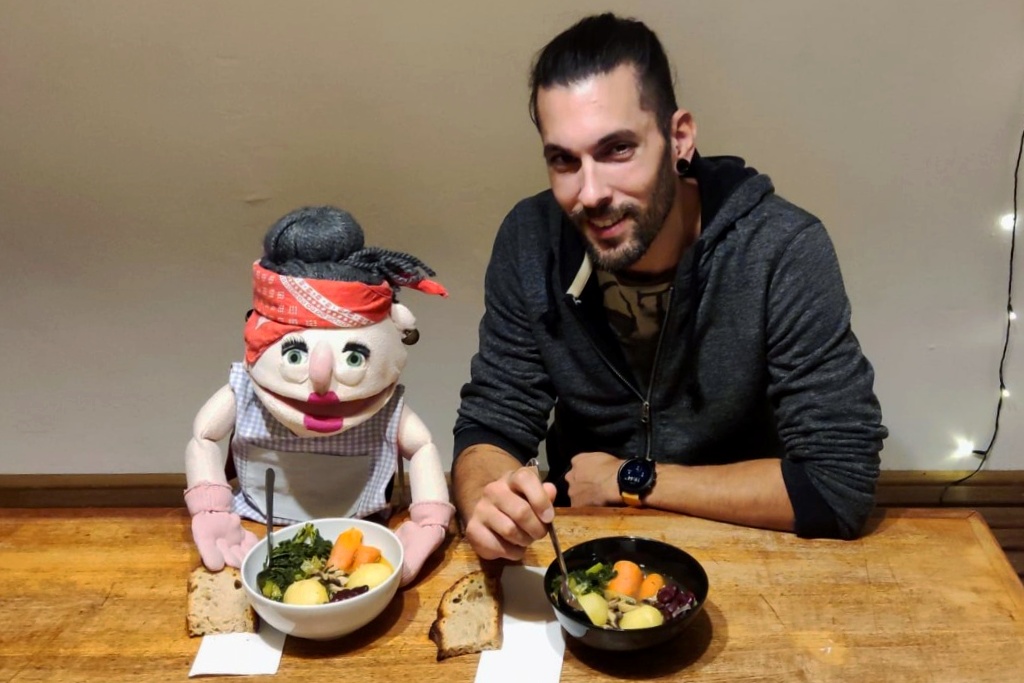 🌱🥦🍲🇪🇸 Grandma Sita learns with Rubén how to make delicious Galician-style soup made from green leafy vegetables, beans, root vegetables, and mushrooms. This tasty plant-based recipe is inspired by the popular Caldo Galego, which is a classic Galician dish in northwest Spain, that can be enjoyed piping hot, simply with a hunk of delicious well-known Galician wheat bread (if u have the chance) or an artisan bread from your local bakery. Perfect for the coming season!

😋 Traditionally the leafy vegetable of choice to add to this dish is Grelos. The Grelos are the leafy tops of turnips and are essential to this soup. Historically the turnips were fed to the cattle and the Grelos were kept for the Caldo. But it’s really difficult to find them outside of northwest Spain, so a good substitute could be: kale, spinach, swiss chard, or any other big leafy green vegetables in sizeable quantity.

🧓🏻💚 Grandma Sita’s tip: Grab your largest pot as this warming soup is a great dish to prep for several days in advance. You can also store it portioned in the freezer for whenever you need a quick but healthy meal.

➡️ Caldo Galego is the indisputable soup-come-stew originally from Galicia and is found all over Spain. The green leafy vegetables, beans, root vegetables, and meaty broth make it. Purists insist that the dish should never contain chorizo but there are traditional recipes that contain and omit it randomly.

1. Wash all vegetables well. Chop kale, cabbage, kale, carrot, onions, and garlic. Rinse the potatoes and then cut them all in half.
2. Heat vegetable oil in a saucepan. Sauté onions and garlic until transparent, add the mushrooms. Cook for several minutes then stir in the paprika and stir well
3. In the meantime, heat vegetable oil in a large pot. Add potatoes and carrots. Stir for a while then cover the veggies with water. Add some bay leaves (optional).
4. Cook for approx. 20 minutes. Add kale and white cabbage, bring to a boil and simmer at a medium-high flame.
5. Add the baked beans and the mix from the mushrooms pan, with 10 more minutes left of cooking on moderate heat. Add salt and pepper. When veggies are tender, turn off the stove and remove the pot from the heat.
6. Ladle into individual bowls and serve with a slice of Galician wheat bread or artisan bread. Bon appetite!

Galician wheat bread (pan Galego in Galician, pan Gallego in Spanish) is the bread that is traditionally produced in Galicia, in northern Spain. It is one of the most appreciated breads in Spain due to its high quality.

It is characterized by high hydration, which gives it a spongy crumb with abundant irregular pores and a pale cream to dark white color. In addition, it has an intense and slightly acidic flavor, thanks to a prolonged fermentation time. Its crust is floured, aromatic, very crisp, and golden to dark brown in color.